Have you heard of wassail? 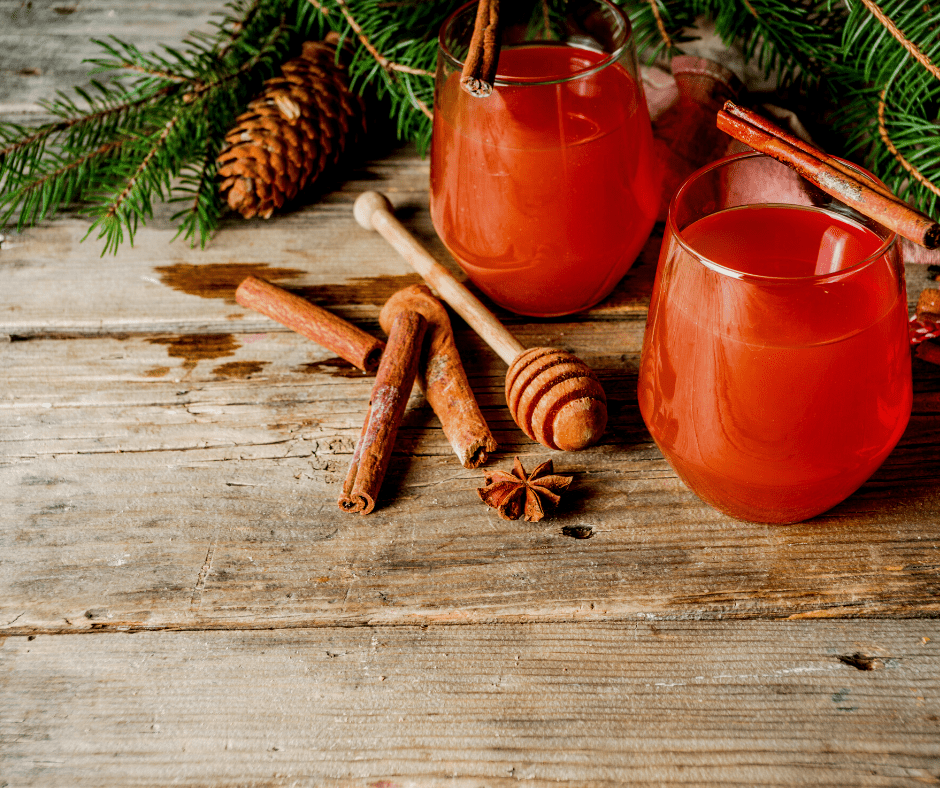 Have you heard of wassail?
Odd word, ancient custom, and delicious drink!

You may have heard of “wassailing” from the traditional Christmas carol that sings, “Here we come a-wassailing among the leaves so green, Here we come a-wand’ring so fair to be seen, love and joy come to you and to you your wassail too…”  A modern-day version of the song is “Here we come a caroling…”  which gives you an idea of what wassailing means, but wassail is also a spiced holiday cider.

A little history
The word “wassail” is thought to come from the Anglo Saxon “wes hal” which means “be healthy.” There are two distinct variations of wassailing.

One involves groups of merrymakers going from one house to another, wassail bowl in hand, singing traditional songs and generally spreading fun and good wishes. The other form of wassailing is generally practiced in the countryside, particularly in fruit growing regions, where it is the trees that are blessed.

The practice of house-wassailing began years before Christianity came to Britain and continued in England throughout the Middle Ages, adapting as a way by which the feudal lord could show seasonal goodwill to those who served him, by gifting money and food in exchange for the wassailers’ blessing and songs.

The house-wassailing tradition has evolved into caroling, where groups of people go from door-to-door singing Christmas carols. Some aspects of the original practice, however, can still be seen in the words of these carols, such as “now give us some figgy pudding” and “we won’t go until we’ve got some.”

The wassailing, or blessing of the fruit trees, involves drinking and singing to the health of the trees in the hope that they will provide a bountiful harvest in the autumn. This ancient custom is still practiced across England and is particularly popular in the cider-producing areas such as Somerset, Devon, Herefordshire, Kent and Sussex.

The celebrations vary from region to region, but generally involve a wassail King and Queen leading the group of revelers, including farmers, farm workers and general villagers, in a cheerful procession from one orchard to the next. In each orchard, the wassailers gather around the biggest tree, and as a gift to the tree spirits, the Queen places a piece of wassail soaked toast in its branches, accompanied by songs such as;

The wassailing celebrations generally take place on the Twelfth Night, 5th January, or on Christmas Eve or New Years Eve.

Bottom’s up!
Originally, wassail was a drink made of mulled ale, curdled cream, roasted apples, eggs, cloves, ginger, nutmeg and sugar. It was served from huge bowls, often made of silver or pewter. The Wassail drink mixture was sometimes called ‘Lamb’s Wool’ because the pulp of the roasted apples looked all frothy and a bit like lamb’s wool.

An easy, modern-day version is a delightful spiced cider that can be enjoyed anytime throughout the holiday season:

Mix all ingredients in a large pot and simmer for about 20-30 minutes.
Serve warm

We hope you try it out at your next holiday get together or to just warm up on a cold winter’s night!

Whether you have heard of wassail before or not, we at Dream Home Realty wish you and yours:  “Wes Hal”